Radical prostatectomy (RP) continues to be the most commonly performed robotic surgery in men in the United States, with in-hospital complication rates declining below 10% (1). However, vesicourethral anastomotic stenosis (VUS)—or the colloquially termed bladder neck contracture—is a likely under-characterized insidious complication that can take months to years to develop but have major quality of life implications for patients. Series in the literature are largely limited to cases series of less than 50 patients with descriptive outcomes (2-6), which has resulted in a lack of standardized treatment protocols (3).

Surgical clip migration into the vesicourethral anastomosis and subsequently causing stenosis is a rare event. It is currently unknown if clip migration associated VUS has a better or worse prognosis than non-clip associated VUS, as the literature is largely limited to isolated case series ranging from one case to two cases (7-11). Our institution has previously presented a cohort of 5 cases of clip-associated VUS (caVUS), and 2 patients had recurrent VUS at a median follow-up of just 18 months (12). However, given the small series it is difficult to ascertain whether caVUS has a worse prognosis than non-caVUS.

Here, present the largest series of caVUS and perform a matched comparison to non-caVUS using a 12-year single institution multi-surgeon RP series. We hope that further studying this cohort in a comparative fashion can shed further light on the prognosis of this rare condition, identify preventable factors, and assist with patient counseling. 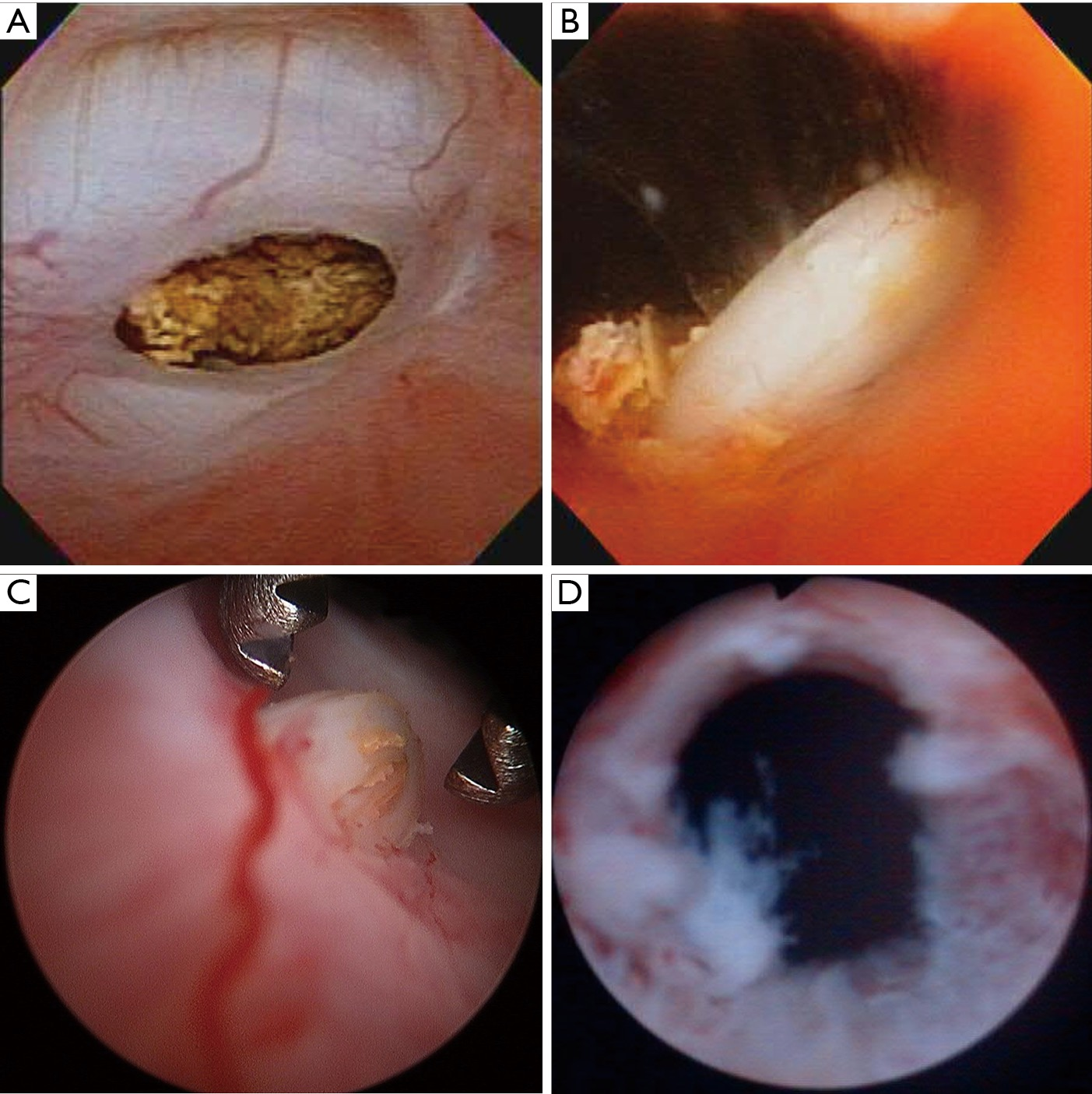 Exclusion criteria were: prior urethral stricture, prior transurethral resection of prostate, prior pelvic radiation, metastatic disease at the time of RP, and lack of research consent. Patients with neobladder neck urethral anastomotic strictures were also excluded.

A 1:3 matched cohort of caVUS to non-caVUS was created using hierarchical clustering analysis, in which patients were clustered based on age at the time of RP, pathologic Gleason score, and year of surgery. Three unique non-caVUS patients with the closest clustering distance were identified for each caVUS patient. Descriptive statistics were used to compare baseline characteristics between the two cohorts. Kaplan-Meier curves were created to compare VUS recurrence rates after treatment. Cox proportional hazard regression modeling was performed to identify if caVUS had a higher recurrence rate. Post-treatment urinary incontinence was compared. Subsequent VUS treatments were recorded. All statistical analyses were conducted using JMP v14.1.0 from © SAS institute. 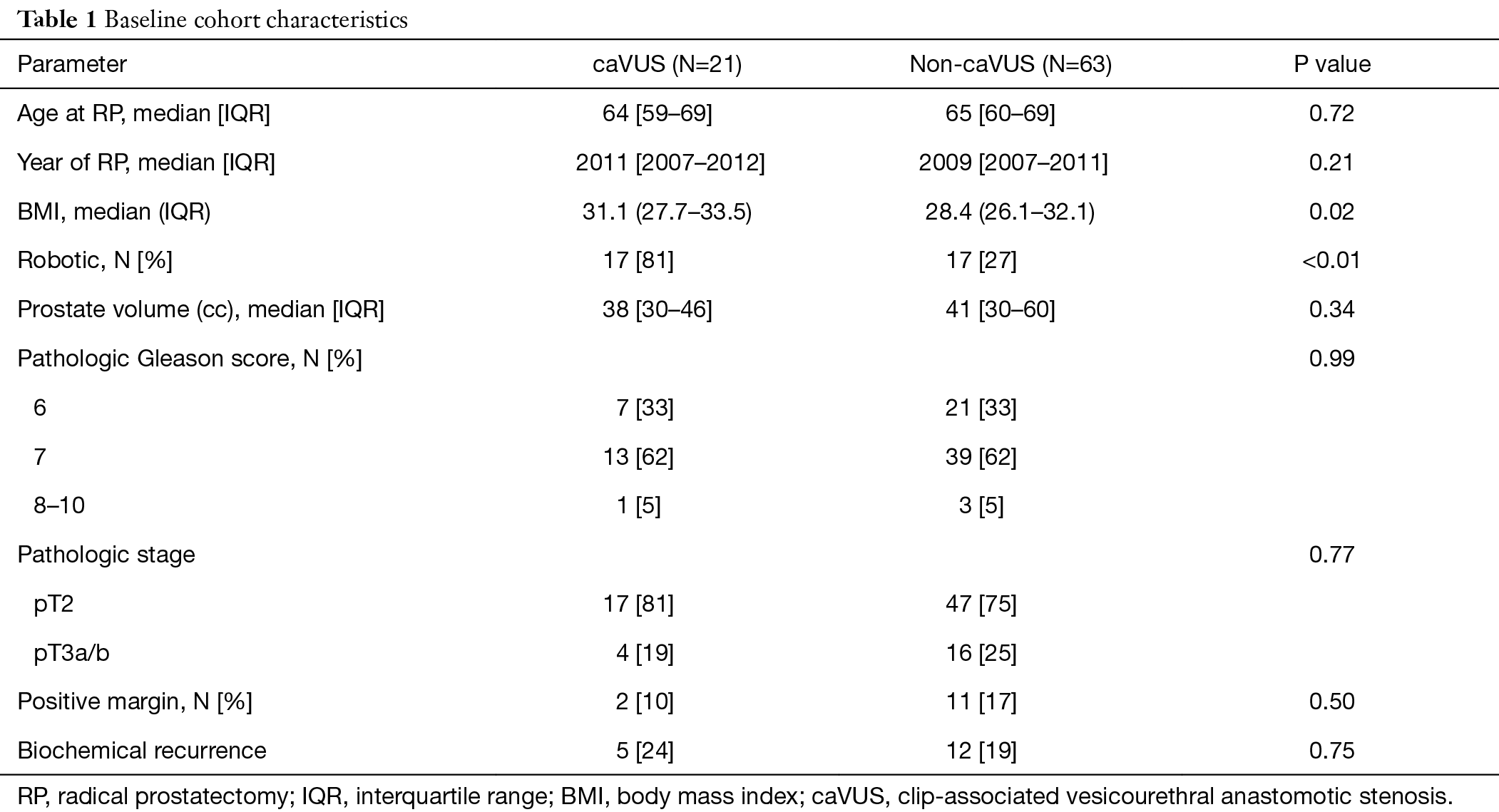 Table 2 reports VUS treatment characteristics. Median number of VUS treatments for caVUS vs. non-caVUS were 2 vs. 1 (P=0.29). caVUS was more likely to require general anesthesia for treatment compared to non-caVUS (81% vs. 48%, P=0.01). No caVUS patient had worse urinary continence after VUS treatment.

At a median follow-up of 35 months [interquartile range (IQR), 17–68 months] after VUS treatment, patients with caVUS and non-caVUS had the following 3-year VUS recurrence rates 56.4% vs. 39.4%, respectively (P=0.23) (Figure 2). On univariable cox regression analysis, this translated to a hazard ratio of 1.5 (95% CI: 0.7–3.2, P=0.25). Clip erosion did not emerge to be associated with VUS recurrence on serial bivariate cox regression models adjusting for age, BMI, robotic RP, surgery year, and prostate volume (P>0.05 for each bivariate model). Over 90% of VUS recurrences for both caVUS and non-caVUS were within 18 months of initial VUS treatment. The median time to VUS recurrence in the caVUS group was 3.2 months (IQR, 1.5–7.1 months) and 3.2 months in the non-caVUS group (IQR, 1.6–6.9 months). 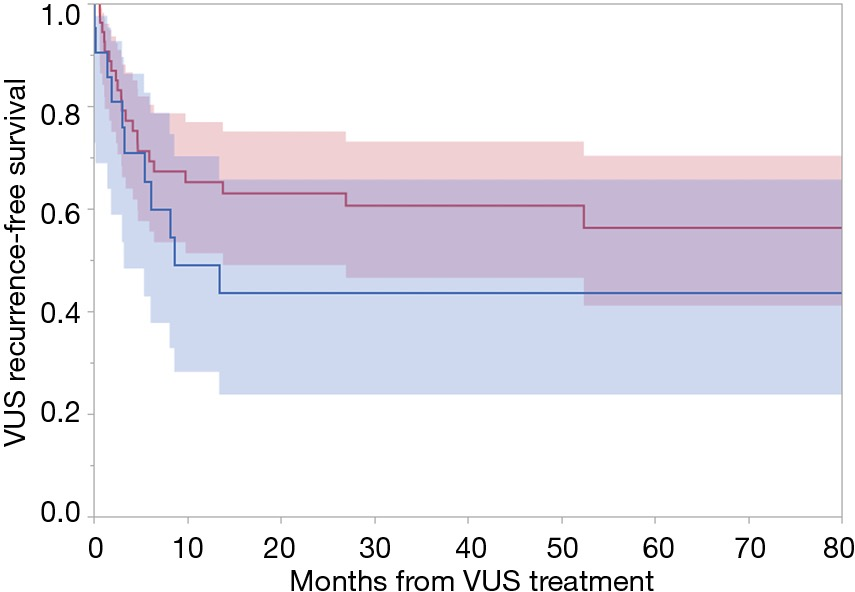 In our institutional experience, the VUS rate after RP was 2.4% and the caVUS rate was 0.2%. However, robotic RPs had a higher rate of caVUS (0.5%) vs. open RPs (0.06%). caVUS more frequently required intervention under general anesthesia compared to non-caVUS. caVUS also presented about 6 months later than non-caVUS, consistent with the time it takes for foreign bodies to erode through native urethral and bladder tissue. The VUS recurrence rates between caVUS and non-caVUS were similar (between 40–55% at 3 years), and the vast majority of recurrences were within 18 months of initial treatment. No patient had worsened urinary continence after clip extraction. Overall, this data may shed light on possible etiologies of clip erosion and may also prove useful for counseling patients with caVUS.

The prior literature on clip-erosion associated VUS is limited primarily to case reports. There are many reports of clip-migration into the urethra (7) or bladder (13) but usually such reports do not have concomitant VUS, and are thus much easier to manage with endoscopic clip extraction alone. Non-uncommonly eroded clips can become calcified (8), requiring stone fragmented before removal. Blumenthal et al. (9) report on two cases of caVUS in which the stenoses were rapidly recurrent until the offending clip was eventually visualized and removed. Moser and Narepalem (11) report two cases of caVUS in which removal of the clips and dilation of the contracture were successful. Cormio et al. (10) report on a case of caVUS in which the clip was removed and the contracture was incised resulting in no recurrence at 1 year of follow-up but significant new onset irreversible stress incontinence. This is in stark contrast to our series in which patients did not report a significant worsening of continence, and this may be due to our practice relying primarily on clip extraction and dilation as opposed to deep incision. Given these sporadic reports of isolated cases, we sought to expand on these initial reports by providing a more rigorous comparison of caVUS to non-caVUS incidence and treatment outcomes.

A major finding was that robotic RP is associated with a higher incidence of clip erosion than open RP. Although there may be individual surgeon specific factors underlying this association with robotic RP, our analysis did not find a difference in caVUS rates by individual robotic surgeon. Instead, there may be several hypothesized reasons to explain this association. Anecdotally, robotic RP is associated with an increased reliance on clip use for hemostasis (particularly Hem-o-Lock at our institution) instead of suture ligation, resulting in more clips in the pelvis with the potential to migrate. There is also a difference in clips used between the open and robotic techniques, where open surgeons use small titanium clips whereas robotic surgeons use Hem-o-Lock clips. In addition, it may be harder to retrieve a loose clip robotically or the operator may be tempted to leave the clip in situ. Furthermore, the enhanced magnification of the robotic platform may also magnify the significance of any visible bleeding, leading to overzealous hemostasis with clip placement. Lastly, the enhanced apical visualization afforded with the robotic approach may facilitate clip placement more distally towards the eventual location of the vesicourethral anastomosis. While robotic surgery has afforded the quick dissemination of the RP, we suggest judicious clip placement and increased reliance on absorbable suture ligature for hemostasis near the vesicourethral anastomosis.

We also found that patients with a caVUS had a higher BMI than patients with a non-caVUS. While there could be some biologic plausibility to support this association, it is difficult to know whether this is a sporadic finding out of random chance. In practice, more adipose anatomy may be associated with higher blood loss and hemostatic challenges, which may predispose surgeons to use clips in locations where they usually do not. However, without further validation, justifying such an association is likely speculative.

It is also reassuring to find that the 3-year recurrence rate for caVUS is similar to that of non-caVUS, within the 40% to 55% range. This indicates, that once the inciting clip(s) is removed from the contracture, the pathophysiology is likely similar to that of non-caVUS. Success rates of one time VUS treatment are under-reported in the literature, and generally range from 40% to 70% mainly depending on the length of follow-up (14,15). Our results are comparable to those of LaBossiere et al. (16) who presented a series of 142 patients with non-caVUS and found a 44% success rate with one treatment at 9 months of median follow-up. Importantly, given the larger follow-up in our series, we find that a late recurrence is relatively rare after 18 months of recurrence free period. This can be used to guide follow-up for VUS patients.

Importantly there are several limitations to our study worth mentioning. First, we are subject to the limitations of a single institution retrospective chart review, with data collection error and selection bias. Furthermore, we have incomplete information and do not have data on VUS density and diameter. Pre-procedure evaluations and post-procedure follow-ups after VUS treatment were not standardized between surgeons, but in general our surgeons relied on cystoscopic evaluation over retrograde urethrograms. Even though this represents among the largest series of VUS, the sample size of caVUS is still too small for complex statistical dissection. Thus, this limits our power to exclude small differences between the caVUS and non-caVUS cohorts, including the assessment of recurrence rates.

In our institutional experience, the caVUS rate after RP was 0.2% and robotic RPs had a higher rate of caVUS (0.5%) vs. open RPs (0.06%). caVUS also presented about 6 months later than non-caVUS. The 3-year VUS recurrence rates between caVUS and non-caVUS were similar, and the vast majority of recurrences were within 18 months of initial treatment. To minimize caVUS rates during robotic RP, we suggest judicious clip placement and increased reliance on absorbable suture ligature for hemostasis near the vesicourethral anastomosis.

Ethical Statement: The authors are accountable for all aspects of the work in ensuring that questions related to the accuracy or integrity of any part of the work are appropriately investigated and resolved. The study was approved by the institutional review board (No. 15-000291).