Renal ectopy occurs when the kidney does not ascend to the retroperitoneal renal fossa normally. When the ectopic kidney does not ascend above the pelvic brim, it is commonly called a pelvic kidney. A study that screened 132,686 Taiwanese schoolchildren (6 to 15 years of age) found 30 cases of ectopic kidney in 132,686 children; 5 patients had a kidney detected in the pelvis. It is rare to find a solitary pelvic kidney in the clinical setting. Here, we report a solitary ectopic pelvic kidney with ureteropelvic junction obstruction (UPJO). Three-dimensional CT scan showed the single ectopic kidney with irregular shape lying in the pelvis and its cortex is very thin because of the grossly dilated renal pelvis and ureter. The terminal ureteral joined the right posterior wall of bladder. The renal artery originated from the bilateral common iliac artery. The patient was treated with laparoscopic pyeloplasty assisted by three-dimensional CT. We present the following case in accordance with the CARE guideline (1).

A 18-year-old female was admitted with complaints of no kidney was found in normal renal fossa examined by ultrasonography. The Single Ectopic Kidney measured 13.2 cm × 6.5 cm was found in pelvis. The width of renal pelvis is about 3.6-cm and the ureter is unclear. The patient felt no special discomfort. She has no trauma or surgery history. Her patients were health and there was no history of genetic disease in her family. Results of physical examination were unrevealing. Contrast-enhanced CT scan showed the Single Ectopic Kidney with irregular shape lying in the pelvis and its cortex is very thin because of the grossly dilated renal pelvis and ureter. The terminal ureteral joined the right posterior wall of bladder. The renal artery originated from the bilateral common iliac artery (Figure 1). Emission computed tomography (ECT) showed the GFR was 78.58 mL/min and the renal function tests were normal. The cystoscopy showed the ureteral orifice located in the trigone without abnormal urination. Retrograde intubation radiography combined with CT 3D imaging diagnosed as single ectopic pelvic kidney with UPJO (Figure 2) which was difficult to discover in ordinary CT. Current assessment revealed no other abnormalities were detected. The patient was taken up for transperitoneal laparoscopic pyeloplasty (Figure 3) under general anesthesia. The patient was placed in the left lateral recumbent position 30 degrees from horizontal. We suspended the right part of the peritoneum to the abdominal wall with a Hem-O-lock to expose the UPJO segment fully and to protect the ovary at the same time (Figure 3A). The left and caudal parts of the peritoneum were suspended similarly. After fully exposure of the UPJO segment, we performed Y-shaped planning and key point marking for precise trimming (Figure 3B). In the process of trimming the pelvis, noninvasive forceps were used to protect the pelvic flap, and the bendable scissors were used in the process of trimming the UPJO segment for a targeted shape (Figure 3C). Then, the V-Y pyeloplasty was performed (Figure 3D). Finally, we restored the integrity of the peritoneum with a running suture and placed a drainage tube near the anastomosis. The operative time was 63 minutes, and there was little bleeding. The patient discharged on the third postoperative day. The double J stent did not cause discomfort. It was removed after 6 weeks and a renal nuclear scan was done after 3 and 12 months, which revealed decreased hydronephrosis (Figure 4). And no adverse or unanticipated events occurred. At the 18-month follow-up, the patient was asymptomatic and doing well. 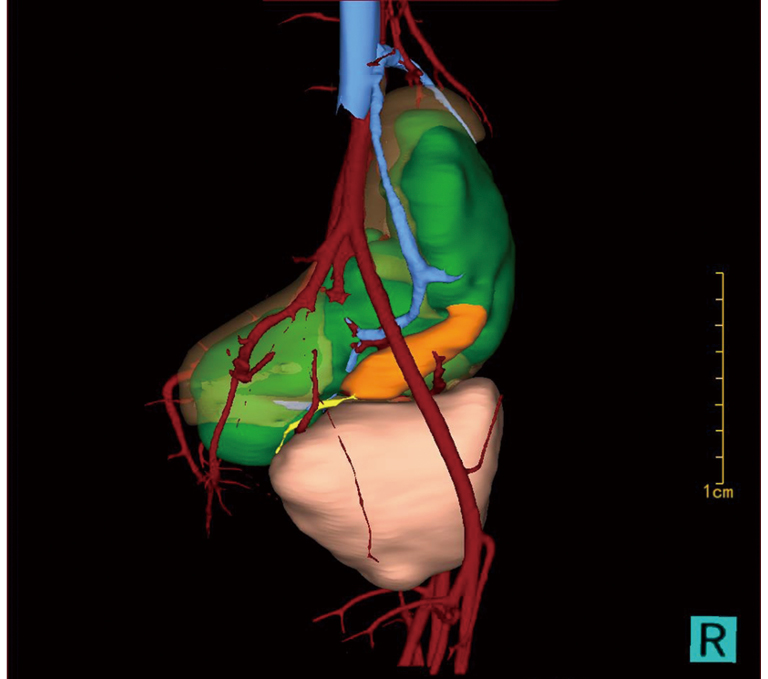 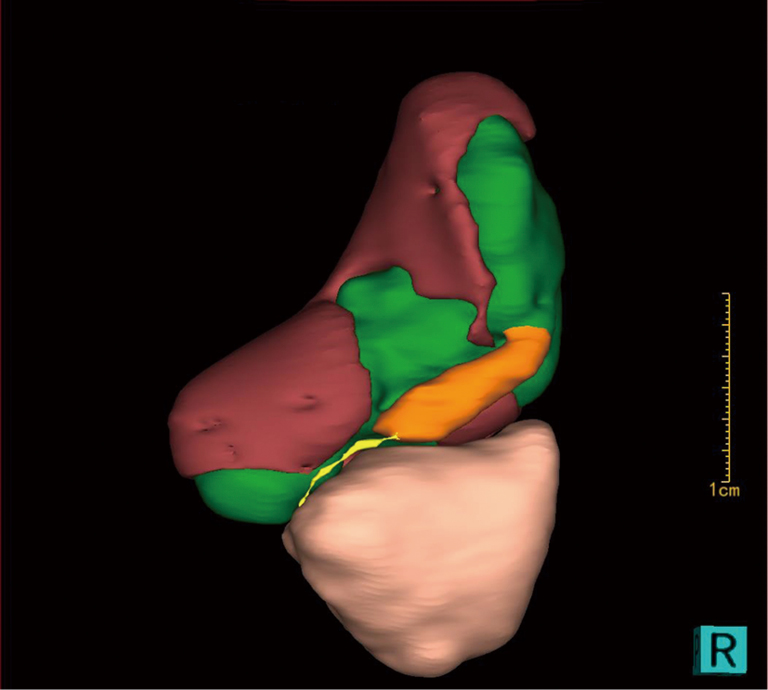 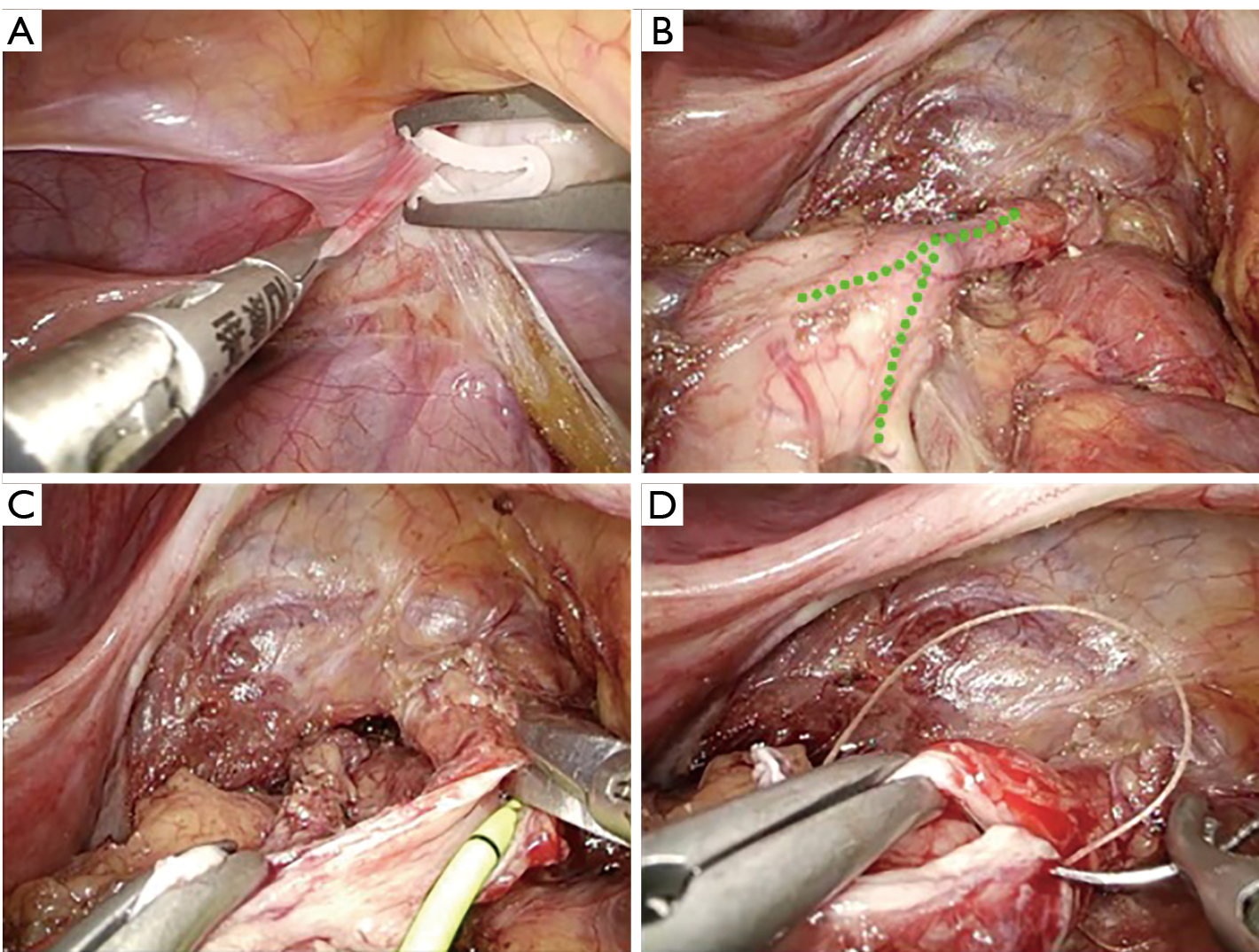 Figure 4 A renal nuclear scan was done after 3 and 12 months, which revealed decreased hydronephrosis.

A high incidence of other urological abnormalities has been associated with renal ectopia, and vesicoureteral reflux is most common (2). Renal cell carcinoma in a solitary crossed ectopic kidney has been reported (3). Therefore, comprehensive and clear diagnostic evaluations should be performed.

The ectopic kidney fails to rotate normally, resulting in a shift of the renal axis so that the renal pelvis is directed anteriorly rather than medially. The blood supply of the ectopic kidney is variable. Due to different anatomical environments and a nonsystematized blood supply, surgical procedures might be particularly difficult (4).

Pelvic ectopic solitary kidney with hydronephrosis due to UPJO is rare. Laparoscopic pyeloplasty has rarely been reported performing in such cases. In the hands of experienced surgeons, laparoscopic pyeloplasty offers a less invasive alternative to open surgery, with decreased morbidity, shorter hospital stay, and faster convalescence. Laparoscopic pyeloplasty in pelvic ectopic solitary kidney accompanied by UPJO poses a technical challenge to the surgeon performing a minimally invasive procedure. In this case, three-dimensional reconstruction with enhanced CT showed the ectopic artery, vein and ureter clearly and vividly, which facilitated the surgery.

The rule of treatment is to preserve kidney function and improve hydronephrosis. In this case, CT revealed that hydronephrosis had improved morphologically. The serum creatinine level was stable, and there were no perioperative complications. Therefore, laparoscopic pyeloplasty in the management of pelvic ectopic solitary kidney is effective and safe.

Ethical Statement: The authors are accountable for all aspects of the work in ensuring that questions related to the accuracy or integrity of any part of the work are appropriately investigated and resolved. Informed consent for the publication of the report, and the accompanying images, was provided by the patient’s parents. The submission version of the report was read by the parents, and the report’s content was confirmed as being correct to the best of her knowledge.