Renal tubule necrosis (RTN) is an important intermediate process in the progression of kidney disease and the decline of renal function, which frequently occurs in Acute renal injury (AKI) and chronic kidney disease (CKD) (1,2). There are many causes of RTN, such as ischemia-reperfusion (3), drug-induced nephrotoxicities, such as cisplatin (4-6), aristolochic acid (7,8), and imbalance of regulatory factors, such as excessive expression of TGFβ (9,10). More and more basic studies have proved that abnormal gene expression and mutation affect the occurrence and development of RTN (11-13). Necrosis of renal tubules lacks early intervention measures, leading to increased mortality and mortality in patients with acute renal injury and chronic renal insufficiency (14).

It is essential to understand the precise molecular mechanism of RTN progress and to develop effective treatment strategies. In recent years, microarray technology and bioinformatic analysis have been widely used to searching genetic alterations at the genome level, which helps us identify the differentially expressed genes (DEGs) and functional pathways involved in the process of RTN. In the present study, three messenger RNA (mRNA) microarray datasets from the Gene Expression Omnibus (GEO) were downloaded and analyzed to obtain DEGs between necrotic tubules and normal tubules. Then we use Gene Ontology (GO), protein-protein interaction (PPI) network analyses and Kyoto Encyclopedia of Genes and Genomes (KEGG) pathway enrichment analysis those we can explore the potential molecular mechanism of RTN.

GEO2R is an interactive web tool to identify DEGs across experimental conditions. Using GEO2R (http://www.ncbi.nlm.nih.gov/geo/geo2r) to screen the DEGs between renal tubular necrosis and nonrenal tubular necrosis. DEGs screened from three data sets were used to map volcanoes. The adjusted P values (adj. P) and Benjamini and Hochberg false discovery rates were applied to supply a balance between the discovery of statistically significant genes and the limitations of false-positives. P value <0.05 and logFC (fold change) >1.5 were considered statistically significant adj.

GO is a major bioinformatics tool to annotate genes and analyze the biological process of these genes (18). Functional enrichment analysis of DEGs using the Biological Networks Gene Ontology tool (BiNGO) (19). (version 3.0.3) The plugin of Cytoscape. KEGG is a database resource for understanding high-level functions and biological systems (20).

The Search Tool for the Retrieval of Interacting Genes (STRING; http://string-db.org) (version 11.0) (21) online database was used to predict PPI network. Interaction with a combined score >0.4 was considered statistically significant. Cytoscape (version 3.7.2) is an open-source bioinformatics software platform for visualizing molecular interaction networks (22). Molecular Complex Detection (MCODE) (version 1.5.1) of Cytoscape is an APP based on the topology to cluster a given network, can be used to find densely connected regions (23). Cytoscape was used to draw PPI networks and using MCODE to identify the most important modules in the PPI network.

Association with the clinical database

Data are collected from Nephroseq v5 online platform (https://nephroseq.org). Pearson correlation analysis of hub gene and GFR in nephrotic patients, the insignificant results were not shown. All tests were two‐tailed, and P<0.05 considered statistically significant.

Identification of DEGs in RTN 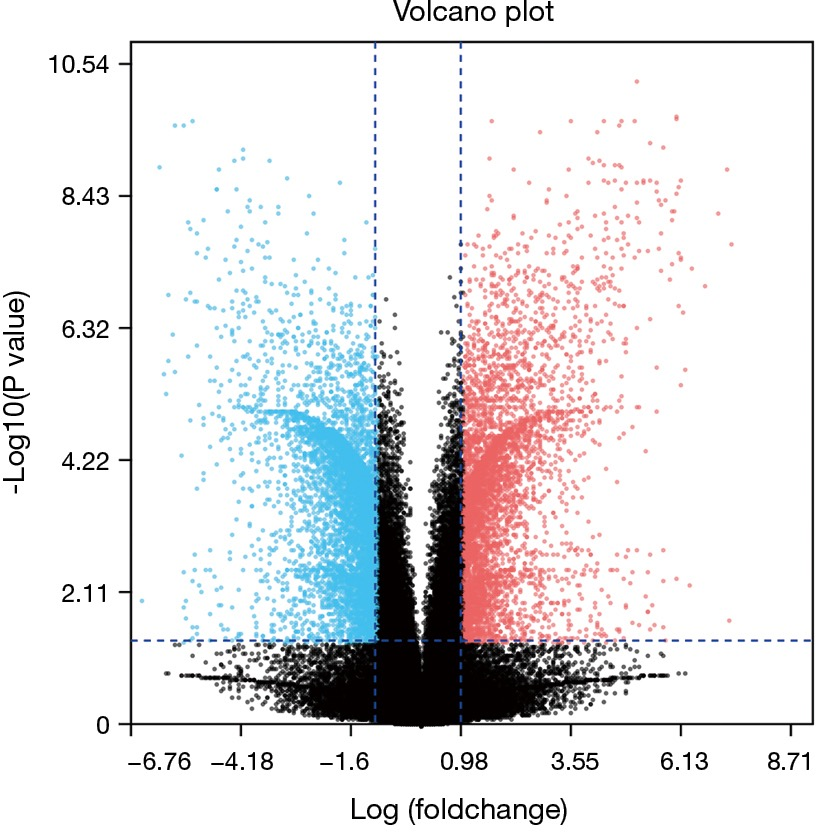 To analyze the biological classification of DEG, we used the biological networks oncology tool (bingo) (version 3.0.3) and KEGG to analyze the function and pathway enrichment. The results of the GO analysis showed that the changes in the biological process (BP) of DEGs were rich in the cell cycle, cell cycle process, system development, cell cycle stage, and anatomical structure development (Figure 3). The changes in molecular function (MF) focused on protein binding, binding, cytoskeleton protein binding, and protein heterodimeric activity (Figure 3). The changes of cell components of DEGs were concentrated in intracellular, cytoplasmic, intracellular, organelle and intracellular organelle (Figure 3). KEGG pathway analysis showed that DEG was enriched in the metabolic pathway, PI3K Akt signaling pathway, and MAPK signaling pathway (Table 1). 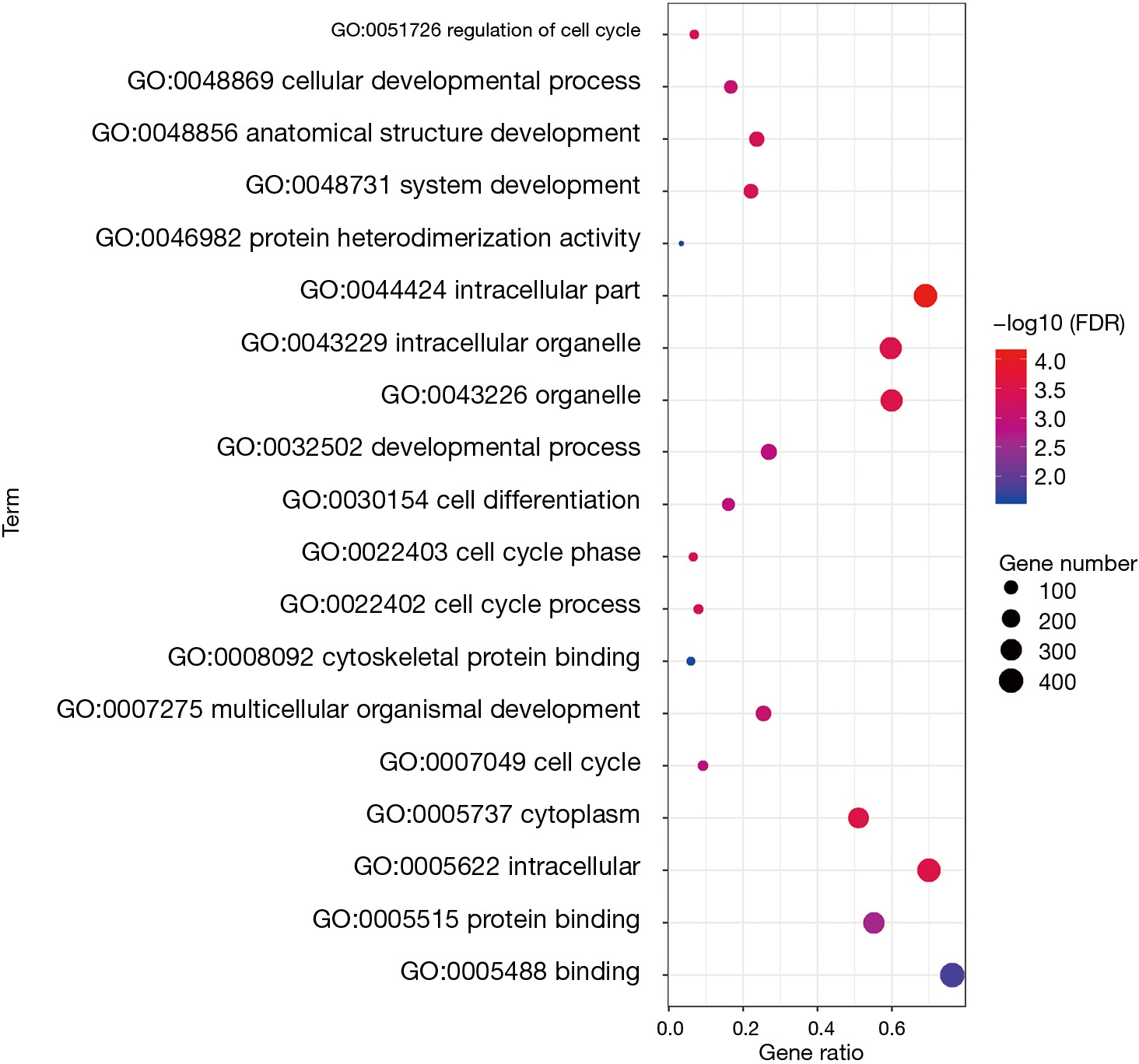 Figure 3 After functional enrichment analysis of common DEGs, their CC, BP and MF results were summarized into a bubble chart. 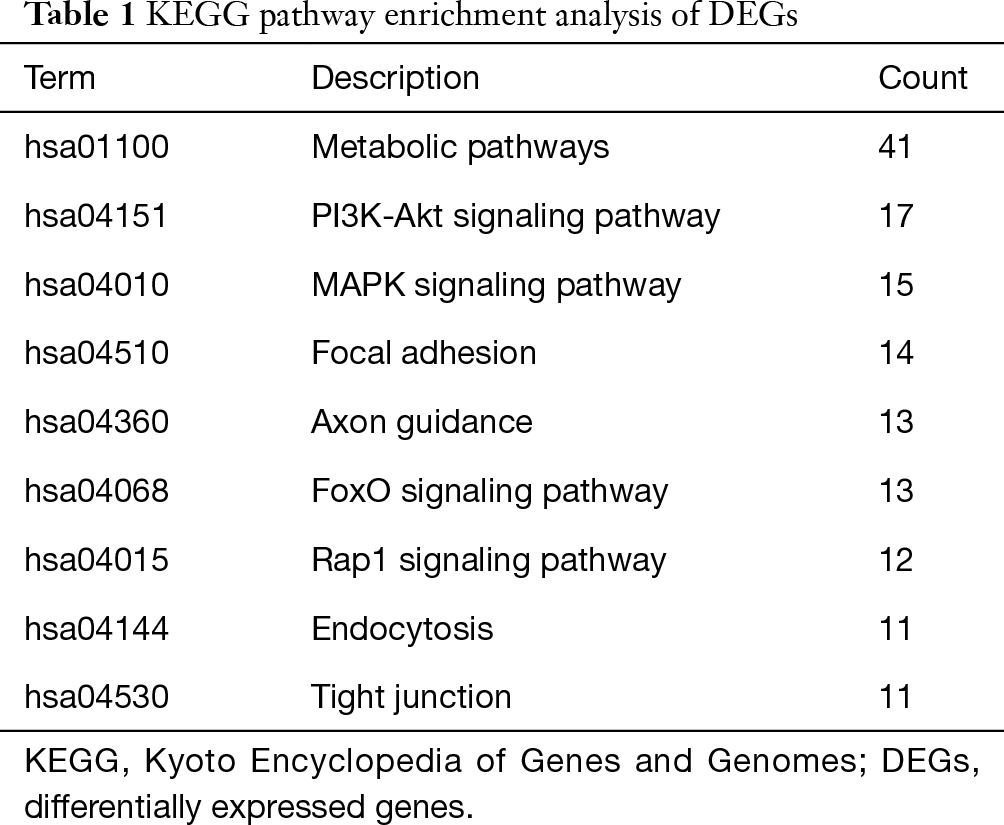 The module analysis of PPI network is analyzed by using Cytoscape (Figure 4).The most important module is Figure 5. The function analysis of the genes involved in this module by bingo shows that the genes of this module were enriched in the cell cycle, mitosis, and cell process (see Table 2). 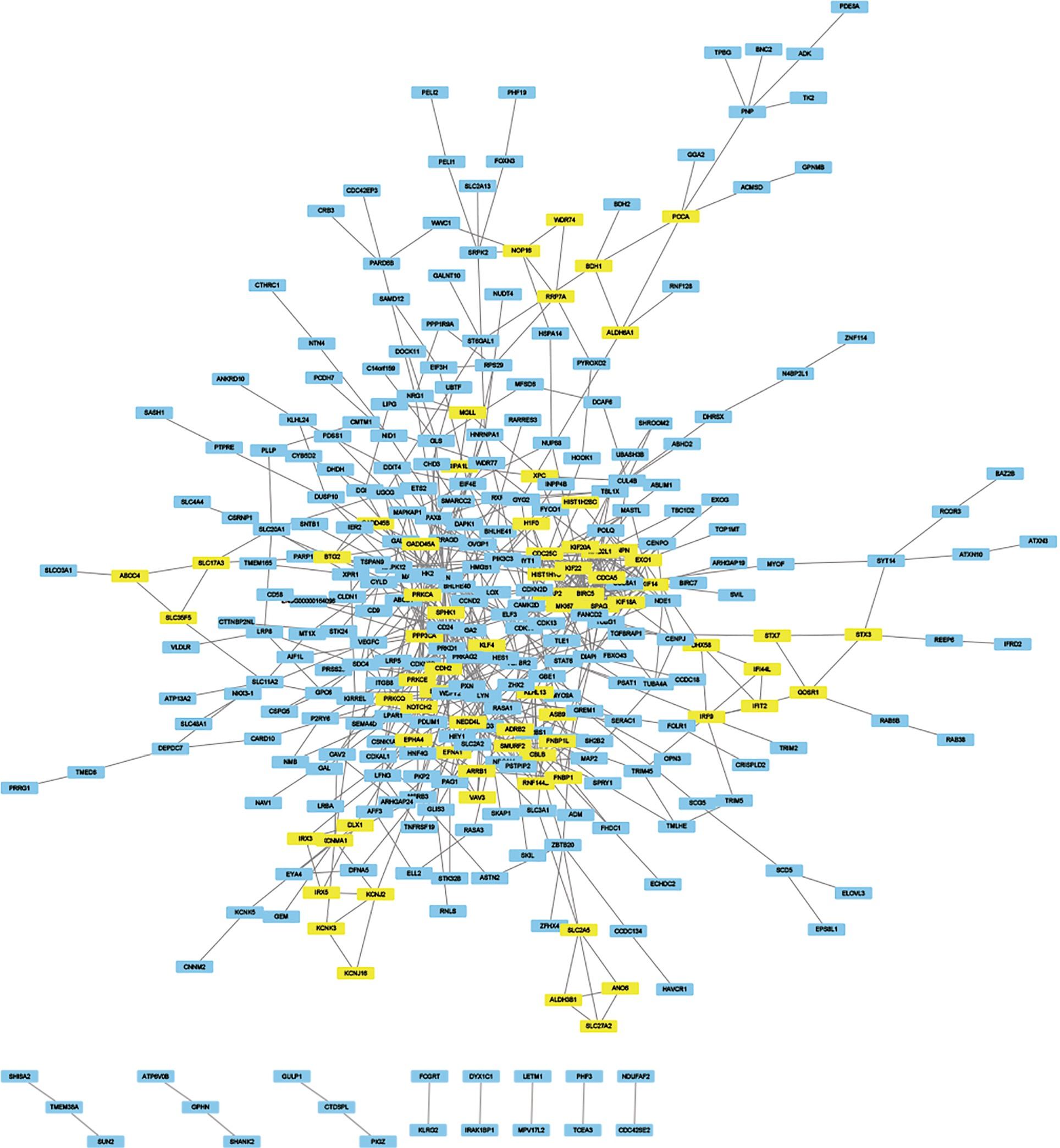 Figure 4 Through the string website, the 543 DEGs were analyzed according to medium confidence (0.4), and the analysis data were derived. Import the data into Cytoscape for drawing and use the MCODE module to analyze and get several important modules (score ≥3), which are marked with yellow. DEGs, differentially expressed genes. 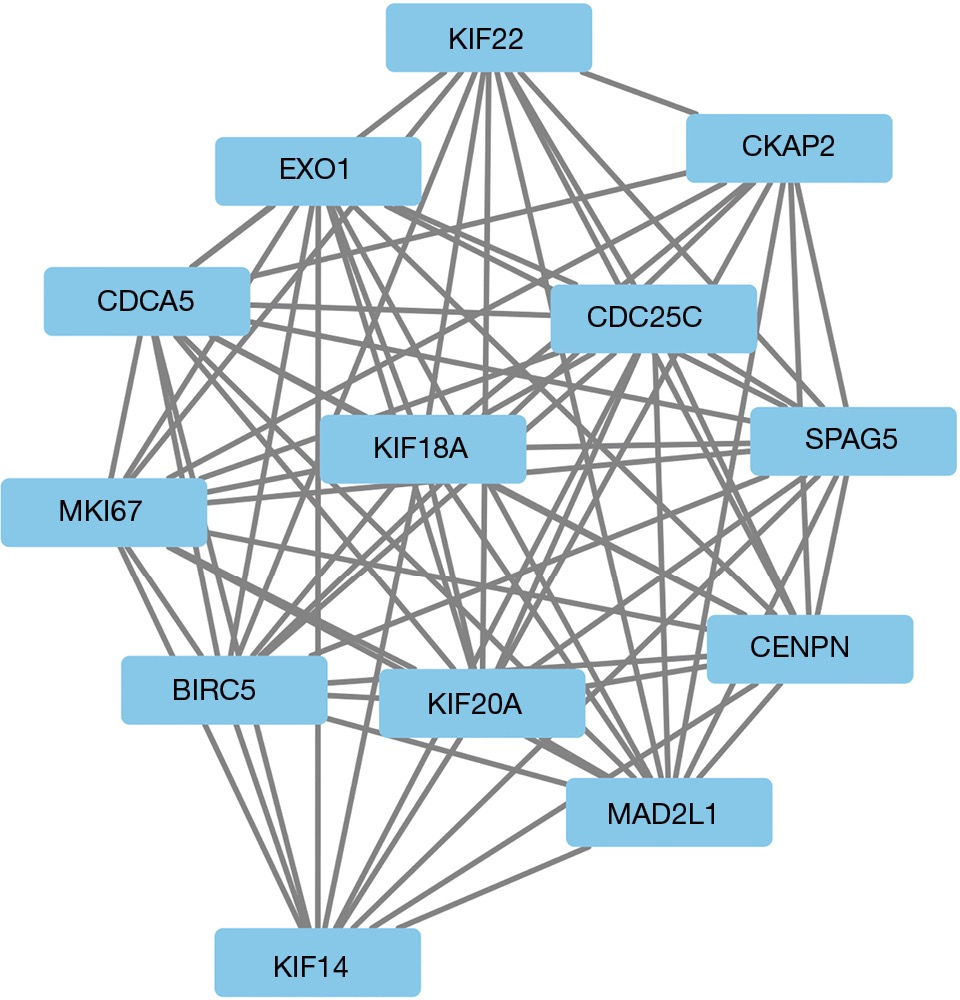 A total of 13 genes have been identified as key genes with degree ≥10. The names, abbreviations, and functions of these central genes were shown in Table 3. Descriptive data comes from gene cards (https://www.genecards.org/). The hot map of hub gene expression showed the folding changes between tubular necrosis group and non-tubular necrosis group (Figure 6). The network of hub genes and their co-expressed genes was analyzed by using a coexpedia online platform (Figure 7). The biological process of the hub gene was analyzed and visualized by using the bioscope (version 3.0.3) plug-in (Figure 8). Analysis of gene expression profile in nephrotic patients using the online platform of nephroseq V5 (Figure 9). 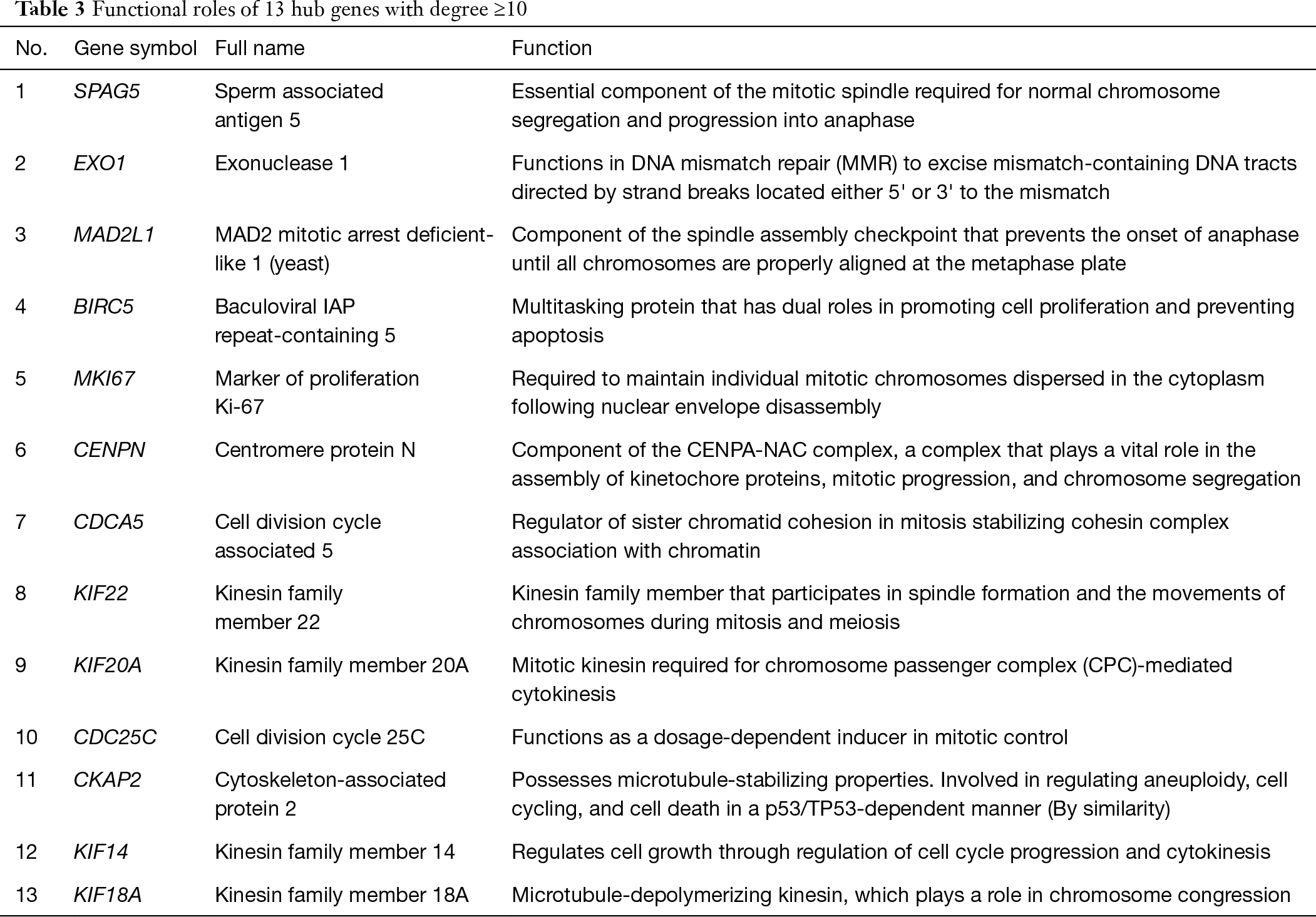 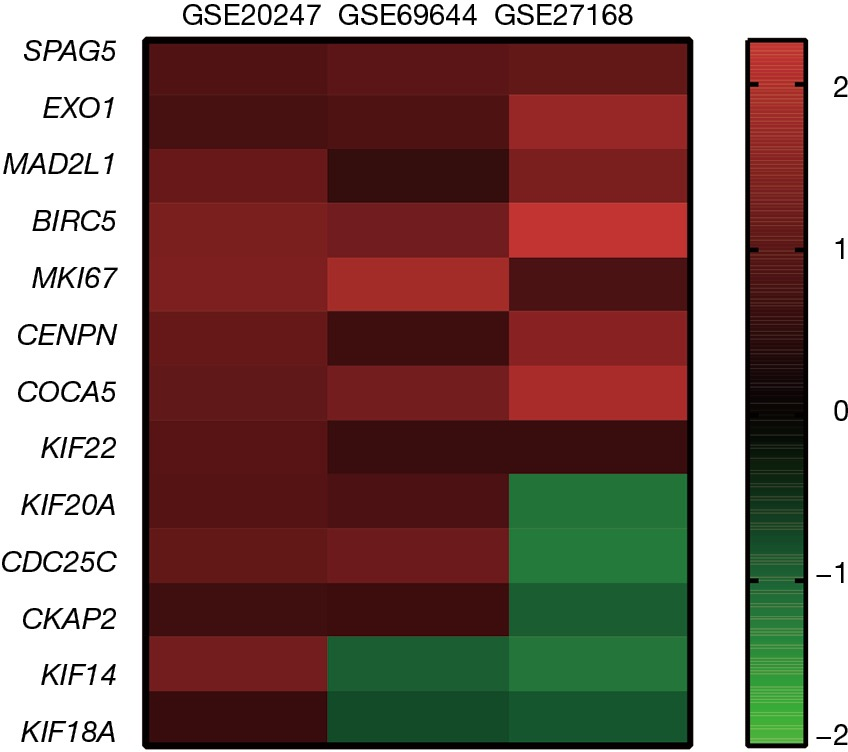 Figure 6 The logFC values of the 13 hub genes in the data set were collected and made into a heat map. These 13 genes were elevated in RTN. RTN, renal tubule necrosis. 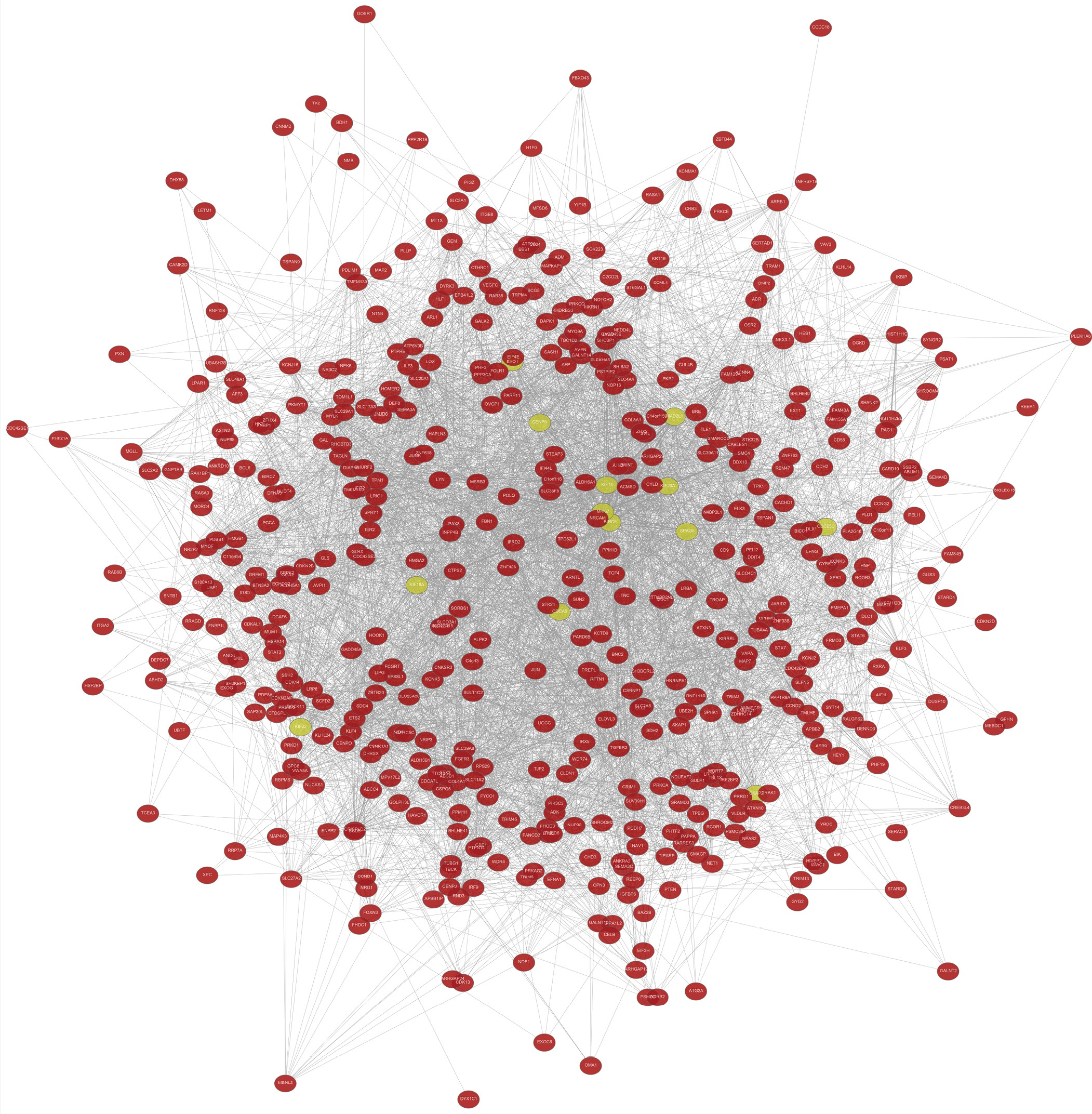 Figure 7 543 common DEGs were introduced into the website of Coexpedia for analysis, and then the location of 13 key genes and their relationship with other genes were identified. These 13 genes are closely related to other DEGs. DEGs, differentially expressed genes. 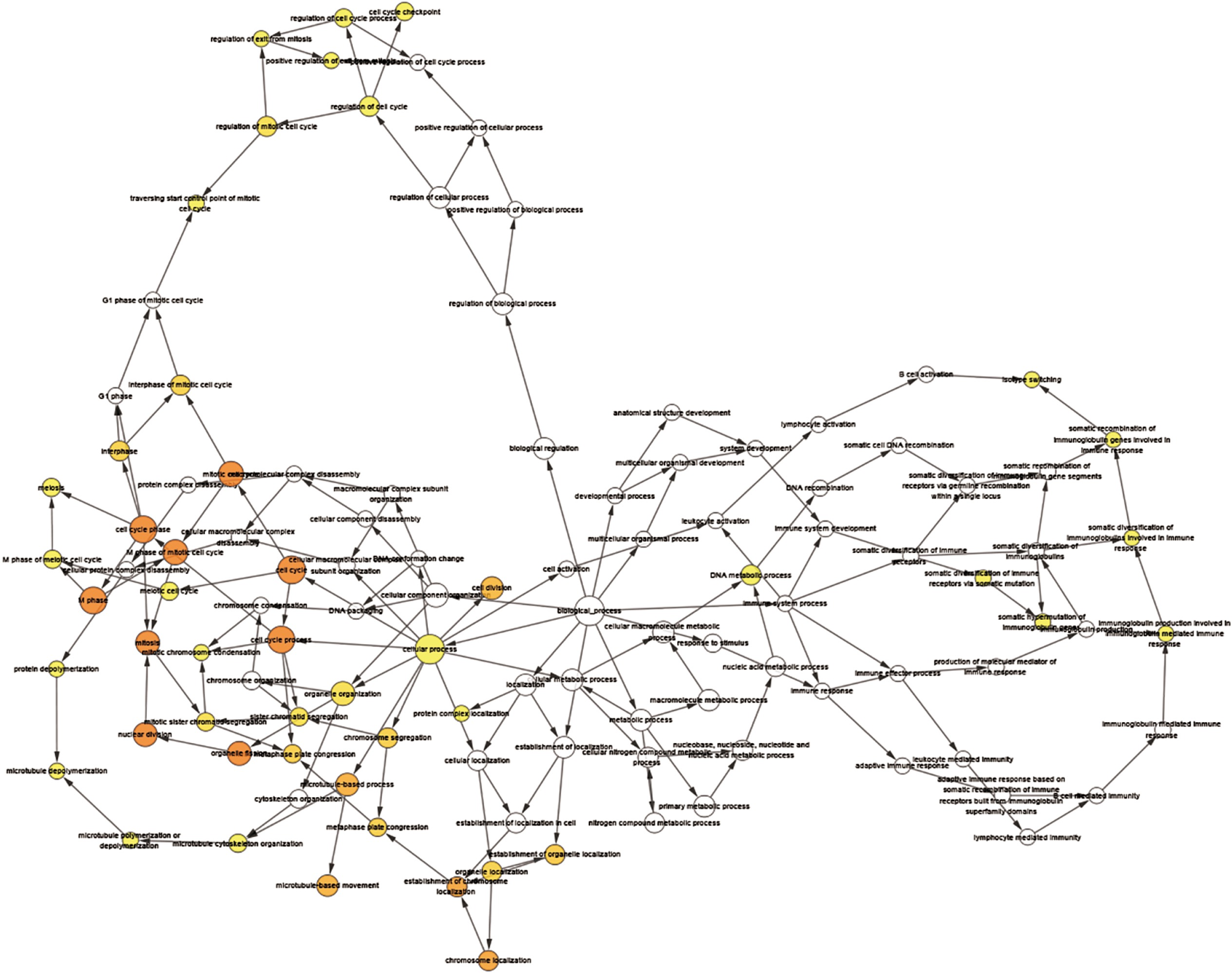 Figure 8 Through the bingo plug-in of Cytoscape, the 13 hub genes were analyzed. The functions of these genes involve cell cycle and mitosis.

Figure 9 The clinical data of 13 hub genes were retrieved from the Neproseq website, and the relationship between the expression of these genes and eGFR of renal function was analyzed.

In this study, 543 DEGs were identified from three sets of data, and an important high score module was obtained through protein interaction network string analysis and MCODE analysis, with a total of 13 key genes. Coexpedia (http://www.coexpedia.org/) was used to analyze gene interactions. Thirteen hub genes were closely related to the surrounding genes. They were at the core of 543 degrees. We found that these genes were closely related to cell cycle, mitosis, and cell process. We obtained the logFC values of 13 key genes in three data sets and drew a heat map. Thermogram showed a high expression of 13 hub genes in the RTN group. Subsequently, we contacted the nephroseq database (www.nephroseq.org/). The results of the clinical association showed that SPAG5 and BIRC5 had a moderate positive correlation with GFR, and patients with high expression of these genes usually had better GFR. KIF14, kIF20A, CDC25C, MAD2L1, CKAP2, and CENPN were highly or moderately negatively correlated with GFR, and GFR was poor in patients with overexpression of these genes. The samples of MKI167, CDCA5, KIF18A, KIF22, and EXO1 were too short of reaching a reliable conclusion, so they were included in the reference.

A total of 13 hub genes were obtained in our study, among which 4 involved pathways have certain research value for RTN. For example, CDC25C and MAD2L1 participate in the cell cycle (hsa0410), BIRC5 were involved in apoptosis (hsa04210), and EXO1 were involved in mismatch repair (hsa03430). In the study of the pathway, we found that MAD2L1 has an effect on PTTG and ESP1 through APC, and PTTG plays an important role in regulating protein in p53/TP53 pathway and DNA repair (24). PTTG plays an important role in cell cycle and apoptosis (25). ESP1 plays a central role in chromosome segregation (26,27). CDC25C regulates cyclin-dependent kinase 1 (CDK1) and plays a key role in the cell cycle (28). CASP3/CASP7, a downstream gene of BIRC5, participates in the activation cascade of caspases and were responsible for the execution of apoptosis (29,30). EXO1 translation protein is exoenzyme 1, which are directly involved in the DNA mismatch repair process (31,32). Their biological processes were abundant and related to cell cycle, apoptosis, and DNA repair. By combining with the database, we found that the expression of these genes was positively or negatively correlated with the GFR level of nephrotic patients, and the expression of these genes was closely related to the renal function.

To sum up, we found 543 common DEGs through each data set’s DEGs and venn map and carried out bioinformatics methods such as protein interaction analysis, gene interaction analysis, and module analysis, and finally, obtained an important module. We believe that 4 genes in this module participate in the process of RTN, which can regulate the cell cycle, apoptosis, and DNA damage repair. At the same time, in the kidney disease database, the expression of these four genes has an impact on the renal function of patients.

Renal tubular injury widely exists for the development of renal diseases, including acute renal injury, chronic renal failure, IgA, and lupus kidney. Renal tubular injury has an important effect on the prognosis of nephrotic patients. The four key genes identified in this study may be helpful for the treatment or diagnosis of renal tubular injury. With the development of clinical treatments, it is possible to reduce tubular necrosis and improve the prognosis of patients by intervening in the expression of these genes. By detecting the expression of these genes, it is also possible to predict renal tubular injury in patients undergoing renal puncture. However, due to the small number of samples in this study, more basic experiments are needed to verify the results of this study.

Funding: This work was supported by Guangxi Science and Technology Program 1598011-6.

Conflicts of Interest: All authors have completed the ICMJE uniform disclosure form (available at http://dx.doi.org/10.21037/tau.2019.11.24). The authors have no conflicts of interest to declare.