Cells and their component parts are under continuous attack from various exogenous and endogenous sources all of which can potentially modify the delicate relationships between tissue and organ structure and function. While Muller (1) was one of the first to demonstrate this association at the sub-cellular level by showing how “mutations” may arise from phenotypic changes in the chromosomes of wild type phenotypes of Drosophila (the fruit fly) after irradiation, it wasn’t until 1953 and the discovery of the double helix by Watson and Crick that we have been able to better understand this issue.

We also now know that although mutations may affect all genome domains, not all DNA sequences or cell types are equally susceptible. A key landmark to understanding sperm chromatin structure and the extraordinary stability that it possesses in protecting the inactivated paternal genome was first discovered by Calvin and Bedford (2) and Bedford and Calvin (3) when they revealed the first molecular evidence of differences between histones in the somatic chromatin and protamines in the spermatozoon in relation to disulphide bonds at the proteins. Although the DNA molecule of mammalian spermatozoa has evolved to be particularly well protected from the action of mutations, it is nevertheless not completely exempt from damage.

Some years later, and using sperm cells from bulls, mice and humans, Prof. Evenson and his co-workers (4) showed that thermal denaturation of DNA in situ is a function of chromatin structure and a differential response by DNA to this process could potentially be related to fertility. In their seminal article, the authors stated that “Flow cytometry of heated sperm nuclei may provide a new and independent determinant of male fertility”. This article was indeed important and highly influential in stimulating interest into the assessment of sperm DNA fragmentation (SDF) in the ejaculate across a range of mammalian species. Nevertheless, the true value of SDF in assisted reproductive technology (ART) is still considered by some to be controversial and an open for rigorous debate (5,6). Hence, close to 90 years after Muller’s paper alluded and 36 years since than the potential value of sperm DNA fragmentation was first promoted as a possible factor associated with male factor fertility, the scientific community has yet to reach a general consensus about its relevance.

Amongst such a provocative and contentious environment, comes a new review published in Translational Andrology and Urology in which Prof. Agarwal and colleagues (7) which not only provides a illustrative review of the background understanding of sperm DNA pathology and an unbiased appraisal (benefits and limitations) of how it may be assessed but also presents clinical “practice-based” scenarios in which sperm DNA may play a critical role in male factor infertility, its diagnosis and treatment. Using evidence-based medicine case studies are gathered form the collective experience of respected clinicians and andrologists in order to demonstrate the translation of important concepts associated with SDF that are highly relevant to the everyday practice of ART clinical protocols. They also provide a compelling case that DNA damage be considered as an important component of cell integrity, given that this molecule transmits hereditary information directly linked to the control of all biological processes related to cell survival. An important area for future determination in this context, is the relationship between sperm DNA damage and embryo quality, particularly with respect to early embryonic loss, abortion and the ability of the oocyte to repair different levels of sperm DNA damage.

Currently, the ART industry has created more assisted reproductive scenarios to achieve pregnancy than those designed by nature, so that another important contribution of SDF assessment is its use as an additional tool to improve the detection of clinical etiologies. By selecting different clinical scenarios that are highly representative of common situations at the clinic, Agarwal et al. (7) provides a guide as to how to use and interpret the information provided by SDF assessment to solve specific problems associated with the male factor. Also of particular interest was the potential use of SDF as a predictor of pregnancy in natural service, intrauterine insemination (IUI), intracellular sperm injection (ICSI) and its importance in understanding cases of unexplained infertility and recurrent pregnancy loss.

In this review, Agarwal et al. (7) report on the impact of varicocele pathophysiology on the sperm DNA fragmentation and the value of sperm DNA as diagnostic for the condition. Varicoceles affect more than 20% of the population and are clearly associated with detrimental effects on semen parameters and pregnancy rate. While most of these negative effects on the sperm appear, primarily, on an excess of reactive oxygen species resulting in damage at the sperm membrane, proteins and the DNA can also be affected. Altogether, this results in triggering apoptotic mechanisms (8). As reported in the review, in varicocele patients, a specific sperm subpopulation with massive nuclear SDF is present. This sperm subpopulation, referred as degraded sperm, can be distinguished from the whole population of fragmented sperm. It is a very distinctive population because all the genome is covered with double and single strand DNA breaks, as visualized with a two dimensional comet assay [(9); see Figure 1]. Degraded spermatozoa are not exclusive of varicocele patients but they are overrepresented in this group and can be used as a potential marker to identify these patients after performing a standard seminograma including SDF assessment. Although the effect of the varicocele on SDF appears to depend on the grade of the pathology, surgical repair results in a general improvement in SDF of ejaculates of treated patients. 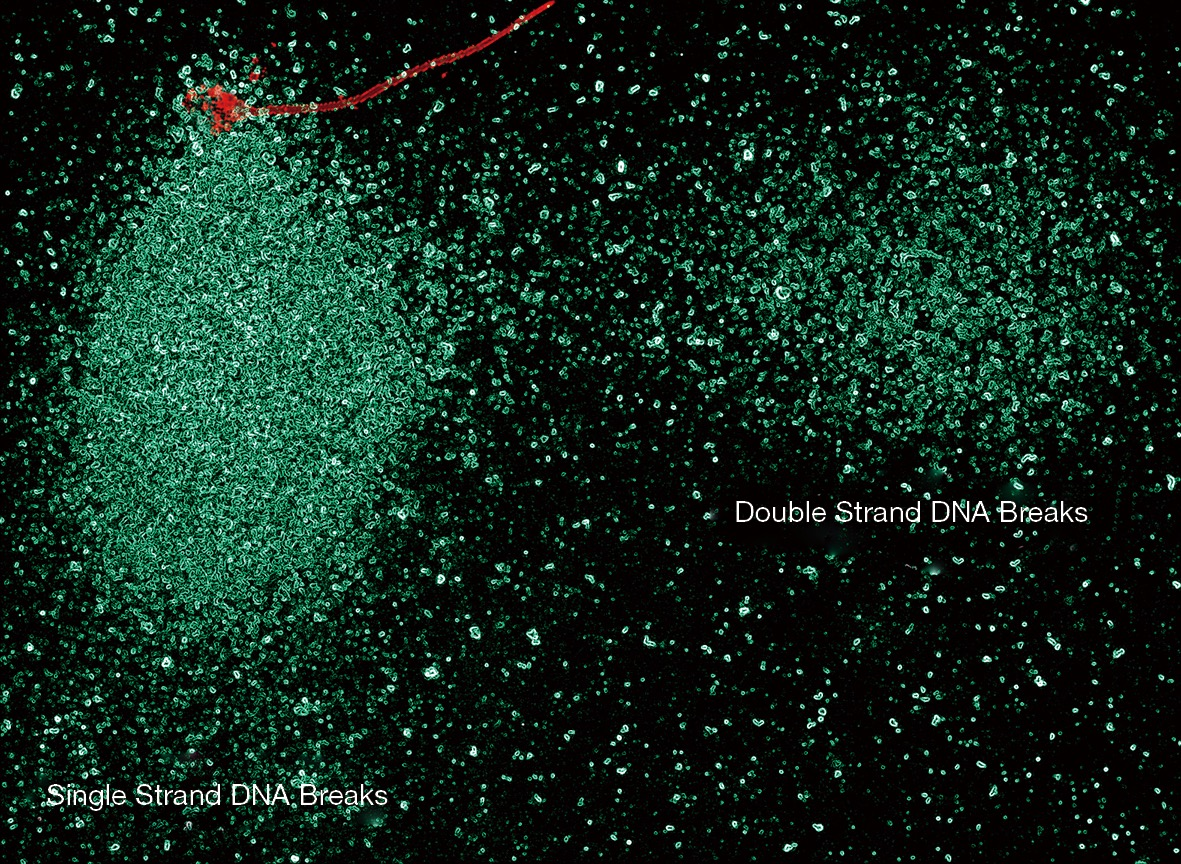 Figure 1 Two dimensional comet assay in a “degraded” spermatozoa of a varicocele patient showing the presence of massive single and double-stranded DNA breakage.

Another important role for the assessment of SDF is the potential it might have in explaining recurrent spontaneous abortion and unexplained infertility. The relationship between recurrent spontaneous abortion and the increasing use of testicular sperm is extremely interesting (10). This technique has been traditionally used in azoospermic patients for obvious reasons, but today several studies have shown some benefit of using testicular sperm rather than ejaculated sperm in men presenting with a high level of SDF in the ejaculate, oligozoospermia and recurrent in vitro fertilization failure (9). While this seems like a possible reproductive strategy for patients presenting with high levels of SDF, before fully adopting this approach we need to better understand the etiology and root causes of SDF in the ejaculate (11).

Sperm DNA fragmentation is currently not part of the standard spermiogram and in general most of the clinicians look for ejaculated volume, sperm number, motility and morphology. No doubt that all these parameters are relevant for a primary diagnosis of the patient, but for fertilization and specially in the era of ICSI, where we only need one sperm to be injected into a selected oocyte, most of routine assessed sperm parameters, such as motility, are functionally irrelevant for fertilization purposes. It is within this context where clinicians must start to consider information associated with the quality of the DNA to be injected. We must remember that even if all the sperm selected might be morphologically and/or physiologically “normal” for the purposes of fertilization, it is the information about the quality of DNA that is going to be most relevant for subsequent syngamy and embryogenesis.

Funding: This project was funded by the Spanish Ministry of Science and Innovation (BFU-2013-44290-R). The funding body had no involvement in the study.