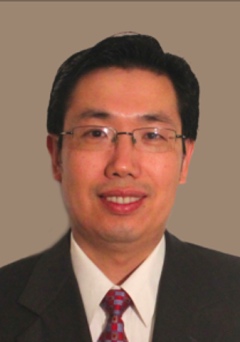 Dr. Lin is a Professor of Urology and Co-director of Kunppe Molecular Urology Laboratory at University of California, San Francisco (UCSF). Dr. Lin trained in Surgery at the Harbin Medical University in Harbin China and specialized in Urologic Surgery at Peking University, China's premier medical school located in Beijing. In 2001, Dr. Lin joined the Department of Urology at University of California, San Francisco as a Postdoctoral Research Fellow. He was promoted to Assistant Researcher in 2005, to Assistant Professor in 2007, to Associate Professor in 2010, and to Professor in 2017. In China Lin received numerous awards from the Shandong Ministry of Health, and Peking University. His UCSF research has also received recognition, including the 2002 Outstanding Young Researcher award and 2016 ISSM Zorgniotti-Newman Prize given by the International Society for Sexual and Impotence Research. Dr. Lin conducts research in the Urology Laboratory and has authored or co-authored over 150 publications.

Dr. Guiting Lin has conducted the research works to explore the effect of BDNF on the regeneration of nitric oxide synthesis (NOS) penile nerves and the neurons in the pelvic ganglia after the cavernous nerve transection in rats. The results show that the BDNF significantly enhanced the regeneration of NOS-containing fibers in the dorsal and intracavernosal nerves. It has also been found that BDNF promotes penile nerve regeneration through STAT, MAPK and PKC cellular signaling pathways in the ganglion. Meanwhile, Dr. Lin has applied the rat oligo microarray to screen differential gene related to incontinence in a rat model and the Molecular Mechanism of Female Stress Urinary Incontinence. Recently, Dr. Guiting Lin has focused on the tissue resident stem/progenitor cells and the application of Mircoenergy Medicine (MEM) in urology, such as urinary stress incontinence (SUI) and erectile dysfunction (ED). Dr. Lin conducted researches about the activation of tissue resident stem/progenitor cells with Low-intensity Extracorporeal Shock Wave (Li-ESWT) and Microenergy Acoustic Pulse (MAP).