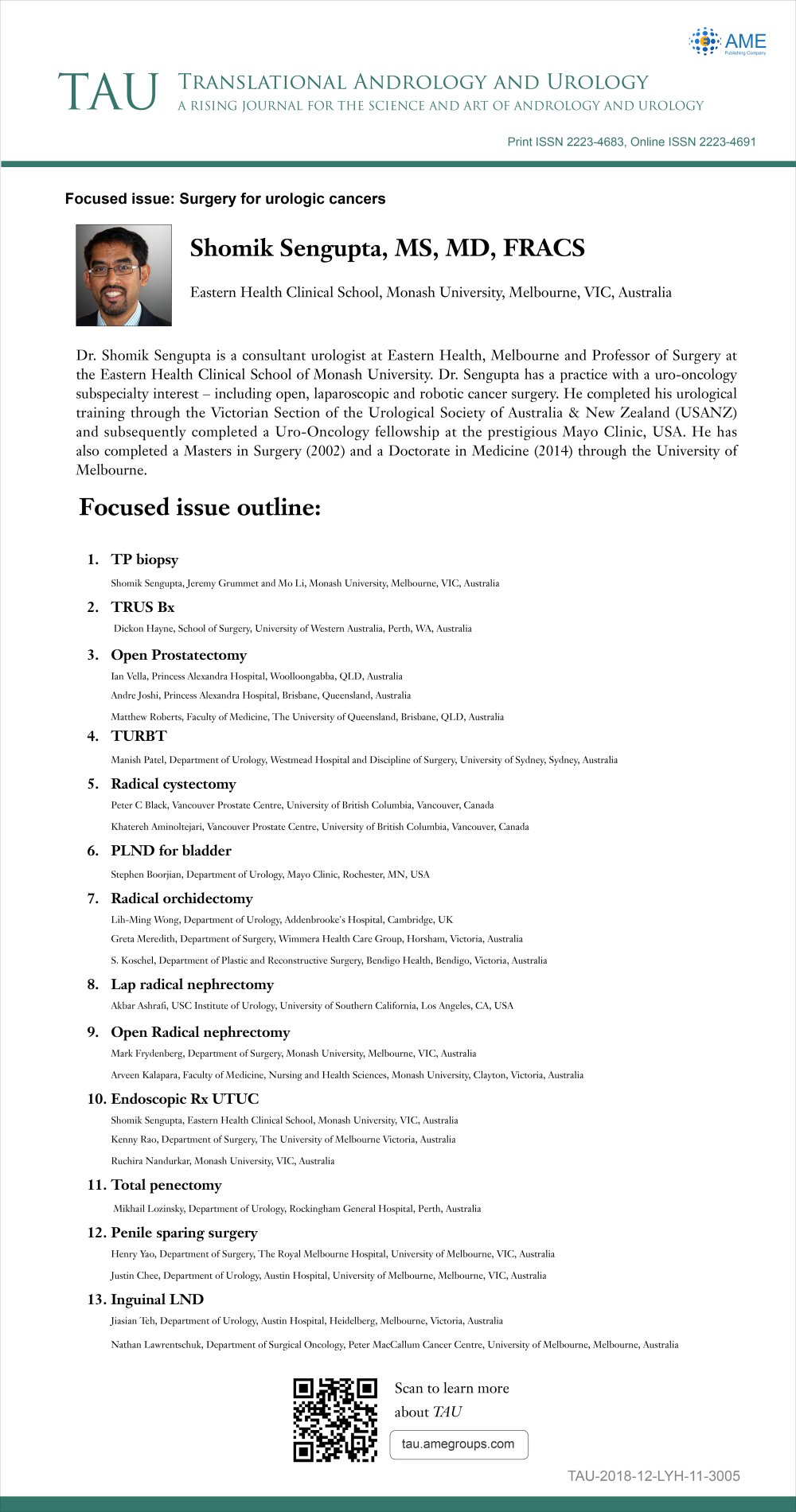 Dr. Shomik Sengupta is a consultant urologist at Eastern Health, Melbourne and Professor of Surgery at the Eastern Health Clinical School of Monash University. Dr. Sengupta has a practice with a uro-oncology subspecialty interest – including open, laparoscopic and robotic cancer surgery. He completed his urological training through the Victorian Section of the Urological Society of Australia & New Zealand (USANZ) and subsequently completed a Uro-Oncology fellowship at the prestigious Mayo Clinic, USA. He has also completed a Masters in Surgery (2002) and a Doctorate in Medicine (2014) through the University of Melbourne.